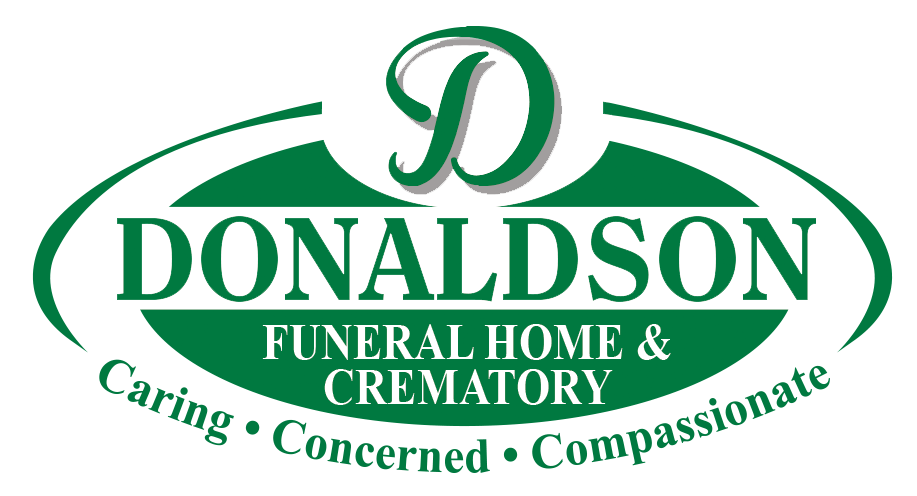 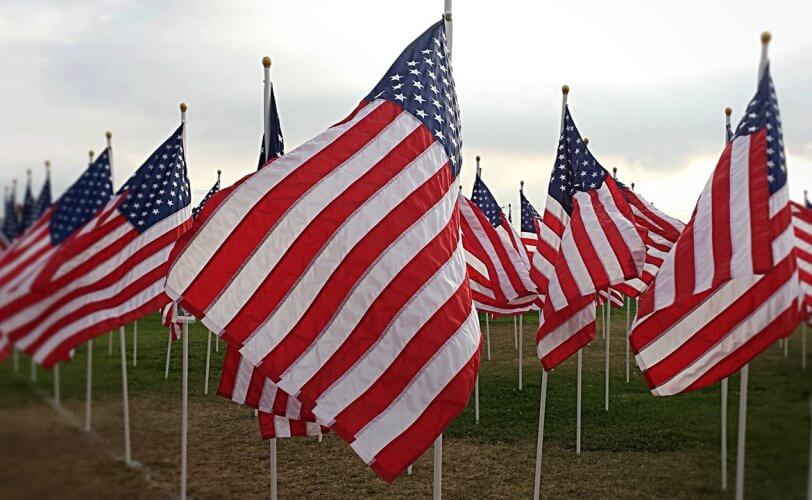 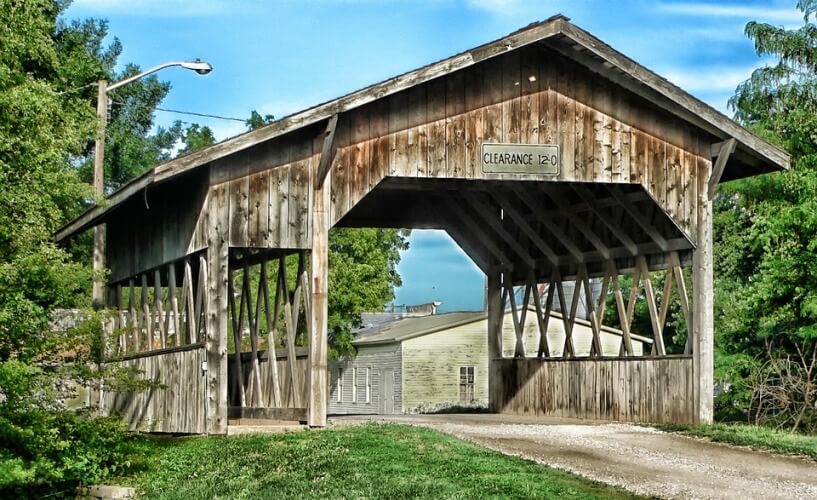 The loss of a loved one can leave you with a lot of unanswered questions, feelings of stress and anxiety and grief that makes events difficult to handle. The experienced funeral directors at Donaldson Funeral Home & Cremation will guide you through the aspects of the funeral service with compassion, dignity and respect. Our staff of dedicated professionals is available to assist you in making funeral service arrangements. From casket choices to funeral flowers, the funeral directors at Donaldson Funeral Home & Cremation provide individualized funeral services and memorial services designed to meet the needs of each family.

Our honest service and commitment to excellence have served our customers well, and you can rest assured that we can assist you in your time of need. Whether you have come to our site for information about an upcoming service or to make arrangements for one, we hope the information you find here will be helpful.

COVID-19: We remain deeply committed to the health and well-being of our community, our guests and our staff.

In response to this developing public health concern, we have taken certain precautionary measures to help mitigate the spread of the Coronavirus by:

We are committed to responsibly responding to the needs of the communities we are privileged to serve.

Please take care of yourselves and each other, and contact us directly for more information.

On March 14, 2020, Governor Cooper issued an Executive Order pertaining to the Coronavirus and its impact on North Carolina. The Order prohibited mass gatherings of 100 individuals or more in the same location and closed K-12 public schools pursuant to the Emergency Management Act. Violations of this provision may be punishable as a Class 2 misdemeanor.

At his press briefing this afternoon, the Governor announced that he was reducing the number of individuals at a mass gathering from 100 to 50. His new directive is aimed at taking additional steps to minimize the risks associated with the spread of the virus by encouraging North Carolinians to heed warnings not to congregate in large gatherings. Limiting public gatherings to 50 is consistent with the current recommendations from the U.S. Centers for Disease Control and Prevention.

In discussions with many of you last week, I understand that you already lowered this threshold to 50 or even less in some cases. I’ve also noted the many ways that you are collaborating with each other in your communities to issue public statements concerning the restrictions on public gatherings. All of these efforts are critically important in assuring the safety and well-being of funeral home staff as well as guests and family in attendance at funeral services, visitations, memorial services and committals.

Please make all necessary effort to assure family members of the critical need for social distancing and limits on public gatherings as a way to contain the spread of COVID-19. That’s a primary reason that Governor Cooper has extended retail and business closures to include gyms, theaters, hair salons and the like. Most public health officials on national media outlets are consistent in their view that the spread of the virus has not peaked, and they are not certain as to a timeframe for the numbers to hit a particular threshold before we see fewer positive cases, infections and deaths. 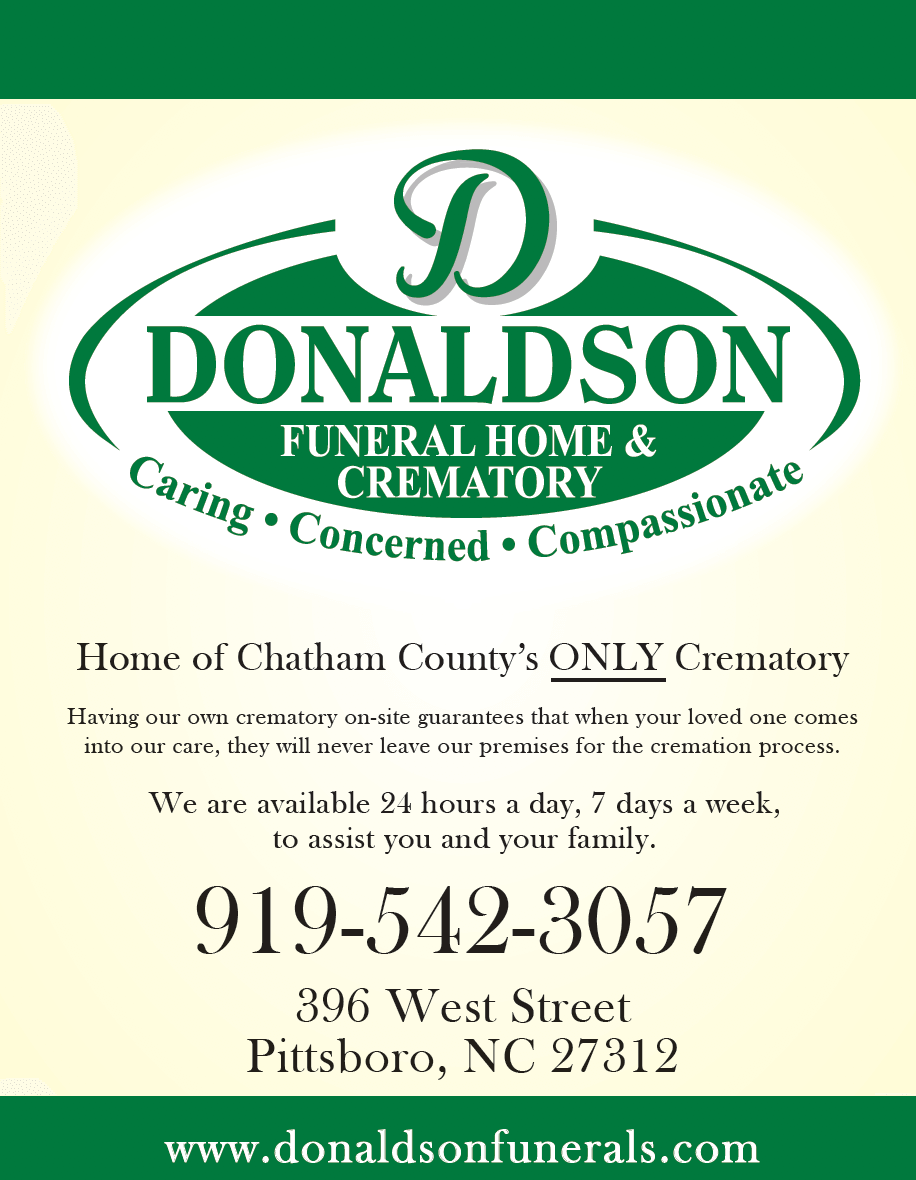 Directly order flowers, view and sign the condolences book, share memories and more to celebrate lives of those dearly missed.

Helpful resources to guide you through the loss of a loved one.

Take a few moments to express your wishes now and help to ease the burden on your loved ones.

A collection of answers to questions that people often have when arranging for a funeral.

What Our Families are Saying...

In my opinion, Pittsboro/Chatham County and surrounding areas have a real jewel in Donaldson’s Funeral Home and Cremation in Pittsboro, NC. Recently, my family and I found we were in need of this establishment under the leadership of Lyle Donaldson, and we quickly discovered each individual to be sensitive, compassionate, understanding, and above all honorable and respectful as we planned and carried out my father’s services. My family and I found Lyle, even though he is quite young, to be a man who exemplifies a maturity and wisdom far beyond his years, and his demeanor most definitely compliments his career choice. Additionally, Lyle celebrates and displays a deep respect for the legacy created by Griffin Funeral Home, a longstanding Pittsboro institution, that folks such as myself remember with great respect and fondness. This element alone places Lyle Donaldson in a unique category, where he too will see Donaldson Funeral Home and Cremation grow and develop over the years into an important legacy to our community far into the future. My family and I are eternally grateful to Lyle and his staff; we highly recommend Donaldson Funeral Home and Cremation – not only will your loved-one be cared for with dignity, kindness, and genuine compassion during a most difficult time but each family member will be addressed with the utmost respect and understanding. It has been a blessing to my family and me to work with Lyle and his staff at Donaldson Funeral Home and Cremation.

Most sincerely,
The Warren Strowd Family