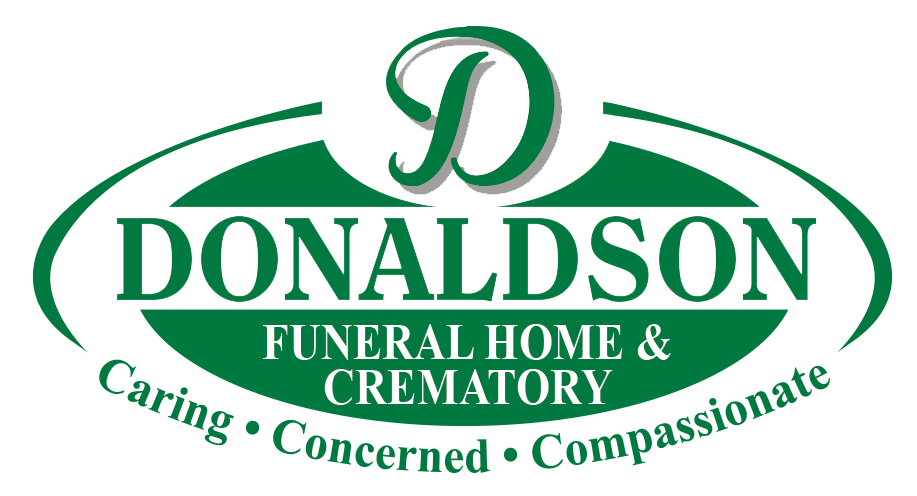 Our staff is comprised of dedicated and licensed professionals with the experience to answer all your questions regarding our services. Please feel free to contact any of our staff members at any time. Lyle  Donaldson is President and Owner of Donaldson Funeral Home & Crematory.   He grew up in Pittsboro and is the seventh generation of his family to live in Chatham County.

Lyle graduated from Greensboro College with a BS in Business Administration and Economics.  After experiencing the loss of his Grandmother while in college, Lyle found himself working a summer job at Hall-Wynne the following two years.  After graduation, he followed a different career for a few short months.

The desire to help families in their greatest time of need lead him to pursue a career as a Funeral Director.  He enrolled in the Funeral Service Licensee program at Fayetteville Technical Community College and graduated in December, 2014.  He was fortunate to serve his apprenticeship in Sanford, NC at Bridges-Cameron Funeral Home under the leadership of the legendary, Mr. Tommy Bridges.

Lyle always had the desire to return home and serve the people of Chatham County.  In 2015, the dream of owning his own funeral home, in his home town, became a reality when he purchased Hall-Wynne in Pittsboro.

Lyle is very proud to return the business to private local ownership.  The business was founded in 1916 by Mr. George Jeter Griffin at our same location and continued through three generations.  Mr. William "Bill" Griffin, Jr., still active in the business today, was an important part of Lyle's decision to choose a career as a Funeral Director, mentoring him along the way.

Lyle is a life-long member of Hanks Chapel United Church of Christ in Pittsboro, NC.  In his spare time, he enjoys spending time at the beach, baseball, and most outdoor sports.

In October 2018 Lyle and Donaldson Funeral Home & Cremation were asked to serve as a Board/Coalition Member for Chatham-Orange Grief Oasis. A Grief Support Group in Chapel Hill.

Lyle is the youngest of three children of Mark and Sara Donaldson.  He is the proud Uncle of Chase and Finley. Lisa is a Virginia girl by birth but a West Virginia girl while growing up.  She graduated with honors from Fayetteville Technical Community College, Mortuary Science Program in September of 2005.  Lisa is a member of the NSDAR, National Society Daughters of the American Revolution where she is an Honorary Regent and Chapter Chaplain for the Asbury Station Chapter in Cary.  She is also an associate member of the General Davie Chapter in Durham, NC and serves as the State DAR Magazine Chairmen.   Lisa is also a member of The Order of First Families of NC, her Jessup ancestors having been a colonist of the Province of Carolina before 1729.  Her ancestors where Quakers during the Revolutionary War and their farm was in the middle of the battle at Guilford.

Lisa and her husband Chip Wooten are members of the Cary FUMC and Chip is a member of the Cary Masonic Lodge #198.

When she is not busy helping families secure their final wishes in advance, she loves doing genealogy research, planning events for our Veterans and helping to promote Patriotism, Education, and Historic Preservation.  Lisa is here to help families plan their funeral or cremation services in advance so that burden will not be left to family members after a death occurs.  Feel free to reach out to her directly. Patt is a native of Chatham County, having grown up in the Bells Community and Bells Baptist Church. After graduating from Northwood High School, she received her BS in Chemistry from The University of North Carolina at Chapel Hill. Patt also has an AAS in Respiratory Therapy. Patt joined the Donaldson staff in 2015 and has been a major contributing factor to our administrative team. She obtained her Funeral Director’s License in February 2022.

Patt retired in 2011 from UNC Hospitals after 30 years of service, with 10 years of service on the Carolina Air Care Team and Director of Anesthesia Support for 20 years. She is married to Terry Sturdivant of the neighboring White Cross community. They have two children, son Blaine and daughter Brittany. Blaine and his wife Elizabeth (Parks) are of Pittsboro, daughter Brittany (Sturdivant) Phillips and her husband Tanner Phillips are also of Pittsboro. Patt has three grandchildren, Colby and Natalie Sturdivant and Rhett Phillips.

Patt and her husband currently attend New Salem Church in Pittsboro. They are also very active with Living Free Ministries and the Durham Rescue Mission.

Patt enjoys playing the piano and singing, doing yard work and spending time with the grandchildren. She feels assisting families during the difficult days and weeks following the death of a loved one, is a ministry unto itself. William L. "Billy Lewis" Griffin, Jr., is a native of Chatham County and resides in Pittsboro. Bill attended UNC-Chapel Hill and is a 1963 graduate of Gupton College of Mortuary Science in Nashville, TN.

Following graduation, he joined his father and uncle in the family business - Griffin Funeral Service in Pittsboro.

Billy Lewis was Lyle’s mentor from the beginning of serving his apprenticeship at Bridges-Cameron Funeral Home in Sanford, NC where Lyle served under Lee County Native Tommy F. Bridges.

Billy Lewis came back home and began working at Donaldson Funeral Home & Cremation on a part-time basis when Lyle purchased the funeral home from Hall-Wynne. He continues to work and serve families that he has served in the past and families that he knows today.

Bill is a member of Pittsboro Baptist Church and a member of Columbus Lodge 102, AF & AM.

At present Bill is a musician-singer with Front Porch Ministry, a gospel band.

A veteran of the United States Air Force, he is the father of four children Darlene, Daryl, Kathy, and Brian, and grandfather of eight grandchildren, and one great-granddaughter. Archie L. Hackney is a native of Chatham County and a resident of Pittsboro. Archie has been the owner and operator of Pittsboro Appliance Center for more than 30 years.

Archie served proudly in the U.S. Army in Vietnam.  He is a member of the Joe Wagner VFW Post 7313 and is very active in building a Veterans Memorial in Pittsboro. He joined the Hall-Wynne family in 2013.

Archie is married to the former Peggy Riddle of Pittsboro and they have one son, Donnie Wayne. Archie and his wife are active members of Hanks Chapel United Church of Christ. Tommy Perry is a native of Chatham County and a life long resident of Pittsboro.  He spent 30 years with the North Carolina Division of Community Corrections and joined the funeral home in 2009 after his retirement.

Tommy, and his wife Kelly, are active members of Pittsboro United Methodist Church.   They are the proud parents of a daughter, Candace. Ken Ellis is a native of Chatham County and resident of Pittsboro.  Ken is retired from the State of North Carolina. He and his wife are members of New Salem Baptist Church

Ken is married to the former Betty Jean (BJ) Council. They have a daughter, Gidget Jenkins and a son, Wyatt Ellis.  They are the proud grandparents of Brandi Morris, Kasey Jenkins, Angelica Ellis, and Cheyenne Ellis.

Ken retired in August 2020 after 13 years of dedicated service to the community and funeral home. Thank you very much for all of your hard work and support. 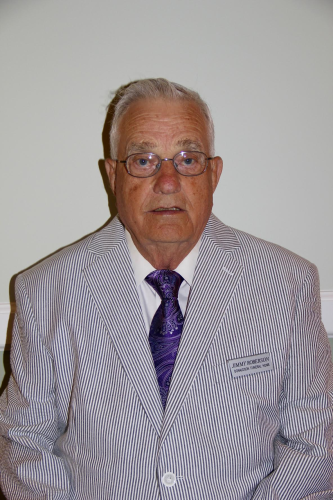 Jimmy Roberson is a native of Chatham County and resident of Pittsboro. He is retired from UNC Chapel Hill Campus Police.

Jimmy is a member of Mt. Gilead Baptist Church and has been working at the funeral home since 1999. Kenneth Farrell is a native of Chatham County and resident of Pittsboro.

Kenneth grew up in Pittsboro and graduated from Northwood High School.

Kenneth joined our team in 2020 and has been a great asset working visitations and funerals. Ronnie Vaughn is a native of Chatham County and resident of Pittsboro. Ronnie is retired from the Alamance County Tax Office.

Ronnie grew up in Pittsboro and graduated from Pittsboro High School.

Ronnie is married to the former Glenette Mann and they have two sons: Brian Vaughn and Todd Vaughn. Ronnie and Glenette are proud grandparents of four grandchildren: Amber, Victoria, Layla, and Carter. He enjoys fishing and hunting in his spare time.

Ronnie and his wife are active members of Mt. Olive Baptist Church.

Ronnie joined our team in 2018 and has been a great asset working visitations and funerals. Judy a native of Chatham County, resident of the Bells Community, and graduated from Pittsboro High School.

Judy is currently the treasurer for Bells Baptist Church and enjoys baking, needle work, and golfing in her spare time.

Judy joined our team in 2019 as an Administrative Assistant.  She has truly been an asset to our team, working in the office as well as visitations and funerals. 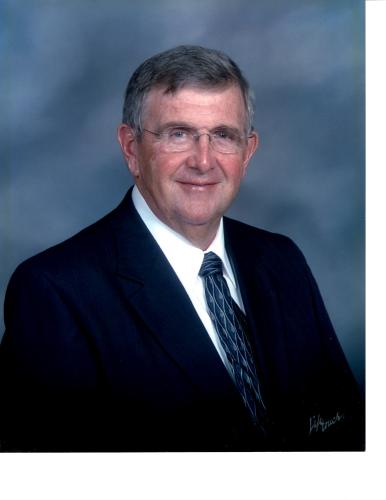 Don was born in Chatham County on December 7, 1939 to the late Dewey Whitt and Mazie Sumner Whitt. He was also preceded in death by 4 brothers, 3 sisters. Don served the Chatham County Sheriff’s Department for 35 years, retiring as Sheriff in 2000. He served 6 years in the US Navy, was a 32nd degree Mason and Past Master of Columbus Lodge 102 and past President of the Pittsboro Kiwanis Club in Pittsboro. Don was active in Pittsboro Baptist Church. He was a farmer and loved horseback riding.

The Funeral Service will be held Thursday, December 3, 2020 at 11:00AM at Pittsboro Baptist Church with Rev. Ray Gooch and Rev. Bob Wachs presiding. Burial will follow in the church cemetery with Military Rites and Masonic Rites. There will not be a public visitation. Masks are required to attend the church service and committal service.

In lieu of flowers the family would like memorial contributions to be made  in Don’s memory to Pittsboro Baptist Church and the American Heart Association.

Looking to pre-plan your funeral or cremation services?
Please call us at 919-542-3057.
Or click on the pre-planning form tab and fill out your information to place on file.