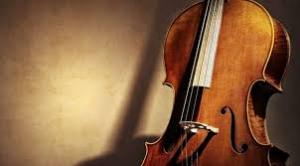 John C. Shearer, age 69, passed away on January 12, 2021 in North Carolina, only weeks after having been diagnosed with cancer of the pancreas.

John was born in December, 1951 to the late Conrad and Mordella Shearer of Kenosha.  He was educated in the schools of Kenosha and graduated from Tremper High School in 1969. He went on to receive a BA from St. Olaf College (1973) and a Masters of Architecture degree from the University of Wisconsin - Milwaukee (1976).  After brief periods working for private architectural firms he had a 40 year career as a registered architect and senior leader with the federal government, including with the Army Corps of Engineers, the Department of the Army, and the Department of Defense.  He retired in 2018 and moved from Washington DC to North Carolina.

The music program of the Kenosha school system introduced John to the cello, an instrument he continued to play on occasion until very late in life.  His education in Kenosha and thereafter also instilled a love of books and learning.  He enjoyed reading many genres but developed a particular interest in civil war history when he came to live so near the battlefields of that war.

Before his parents passed, John returned regularly to Kenosha to visit them and, over the years, remained in contact with several Kenosha friends.  He is survived by his wife of 43 years Anna, daughter Emily Overstreet (James), brother Peter (Shawna), granddaughter Kara Overstreet, nephew Ryan Shearer and niece Sophie Shearer.

The family will gather to remember John at a future date.

To send flowers to the family or plant a tree in memory of John C. Shearer, please visit our floral store.